They fly in the door, trailing snow, one with rosy cheeks, both with bright eyes. As each jostles the other for post position, they enter the family room to greet me.

Frick and Frack are home after a romp in the snow.

My youngest and our black Lab mix have an ever evolving relationship that makes me smile.

He was eight when we rescued her, a tiny slip of a boy. She was all muscle, mainly from the herding dog in her. This combo made for some harrowing trips down the stairs as she rushed to precede him, or jostled him to the left or right to herd in proper fashion, barking bossily along the way.

Since day one, she has treated him as her charge, unable to believe a boy that size should hold sway over her. She has adopted my baby as hers, rivaling me in fierce protectiveness and motherly love. 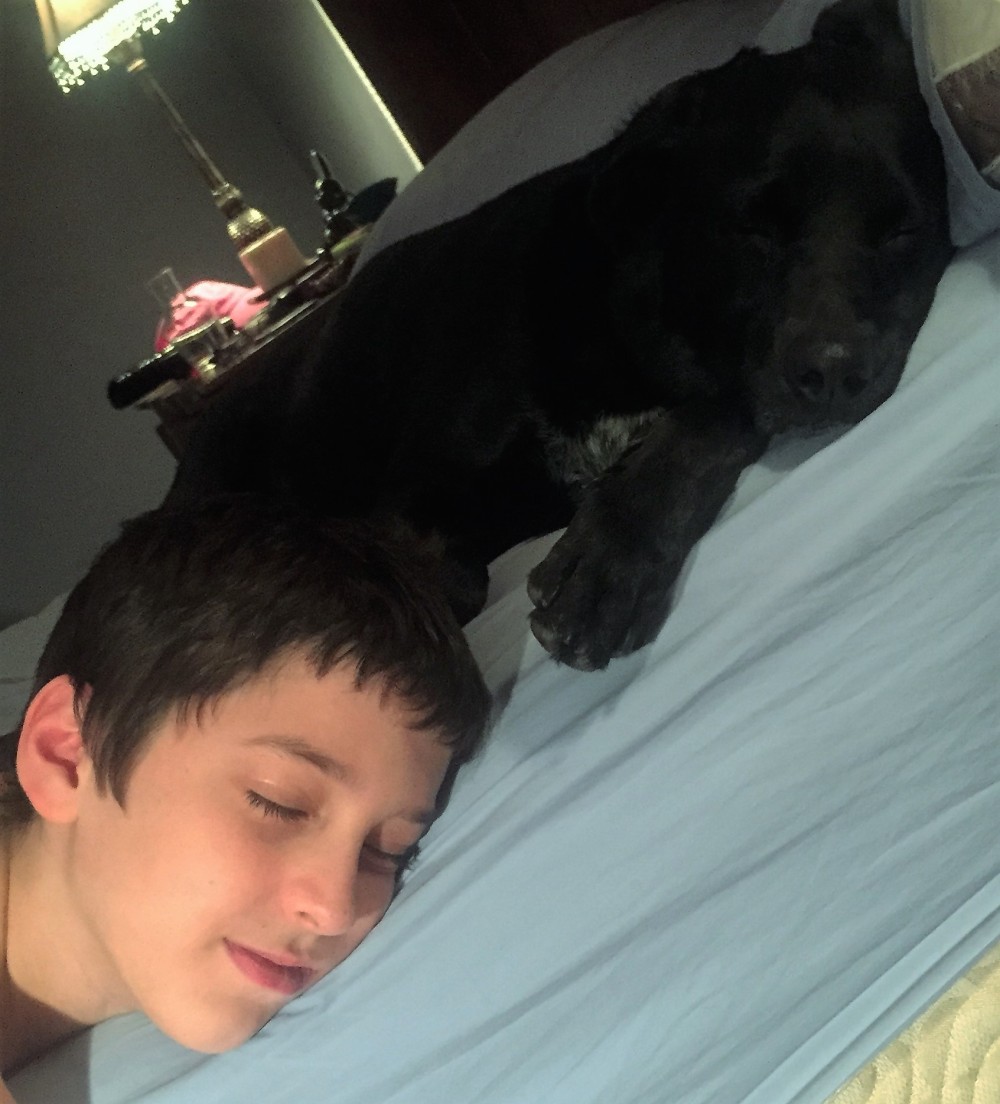 He is the only one in our family who endures Bailey’s wet licks to his nose and mouth. His feet and hands are equally as susceptible. It seems she just loves the salty taste of pure boy, overlooking some of the less appetizing aromas from sweaty gym shoes and the like.

I see him getting older. I’m not sure Bailey does, which is probably just as well. One of us should be able to hold on to the little boy version of him.

She is never happier than when he has friends over and a ball is bouncing in the driveway, as she barks and runs between them. He forgives her the many chewed soccer balls, lost baskets due to her furry body running interference and late-night requests to go outside.

In quieter moments, I often find them using each other as pillows, his head on her belly as he reads, her head on his leg as they stretch out on the couch.

It makes me smile to see two of my best loved so enamored of each other.

We should all be so lucky.