I missed the memo.

The one that spells out, in detail, what being a “good” mother is.

Specifically, I missed section 4, clause 28b, which states: “Push your child to excel. Push for constant busyness, excellent grades, a multitude of extracurricular activities. And it is not enough for those three conditions to simply be present. There must be 1-2 standout activities which will propel your child head and shoulders above the rest of the pack—or you have failed. Miserably.”

Oh, and then—crow about these items to all you meet. You are your child’s best public relations representative.

Or is he yours? Does a successful child a good parent make?

Now you’ve got me all cranky.

Ladies and gentleman who have spawned at some point over the past few decades, I have news for you. News a wise few of you already know. And the rest need to hear: Your children have their own lives. Their own interests. And they are children. Hence, allowed and encouraged to have something we call childhood. It’s a lost art. 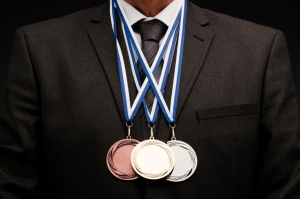 In fact, you probably still have a chance to excel at things in your 20s, 30s, or midlife—wherever parenthood finds you.

So, go do that. And leave poor little Johnny or Susie to find their own lives in their own time.

Sorry, folks, but I get a little cranky at the start of the school year. Something about all those preening parents elbowing each other to get their child top billing, first string, special consideration.

I don’t mind the simply proud parents. Those who will, when asked, quietly and with a genuine smile, tell you about their child’s successes. Those who seem happy because aren’t we all when our progeny hit a homerun? We love the joy it brings to them.

What I mind is the narcissistic parent who, instead of earning his or her own accolades, relies on a mere child to deliver them. Newsflash: “I parented a star quarterback or honor student” says little about your talents. And a lot about someone else’s. Step back and let that someone else claim their own glory. And go get that promotion, start up a new hobby or take that trip. All will give you something to crow about and will keep the rest of us from having to tape your mouth shut at school functions.

I was recently at a social gathering during which I was cornered by a mother whose son has just begun high school, as mine has. They go to different schools but she was keenly interested in what level of classes my son was taking, what activities he had joined, etc. 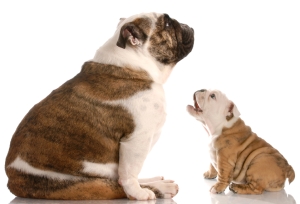 I was a bit vague at first, as I don’t like trotting my son and his interests/accomplishments out like a purebred at a dog show. I see him as a small person, finding his way. Making mistakes, muddling along, sometimes hitting a homerun, sometimes not. And I think most of us appreciate not doing all of that on a very public stage. Teenaged years are hard enough without your mother putting it all on display for anyone who asks (says the blogger who walks a very fine line).

This mother persisted with her questions to the point where she asked: “Well, surely you have him entirely in advanced classes, right?”

I sighed. You see, my son comes from a gifted school. So everyone thinks I must be Type A Mom, pushing my little genius toward a future that involves saving the world before Sunday dinner is served.

She had pushed me to the limits of my patience. I knew I was going to walk away. My only decision was how much to say before I did so.

I decided there was much to say. And at the time I could still say it patiently. So I did.

“No, he is not in all advanced curriculum. I let him choose, with the guidance of his previous teachers and counselor. I do not believe children who are pushed by external forces are those likely to be happy, healthy and successful. It has to come from him. He asked to ‘have a life’ in high school. So, in his areas of interest, yes—he chose advanced courses. In areas he will not pursue, he did not. And yes, he is excelling right now. He is pulling great grades. He is happy. He is relaxed. Those are my goals for him—but now that I’ve let him own his path, those are also his goals for himself. Which is really what matters.”

Silence. Dead, disapproving silence. I was not pushing my child. This was a lack of parental supervision. I was shirking my duties. How well I could read her thoughts in just those few seconds. And the beauty? I didn’t care. I was able to smile, tell her I needed to go say hello to someone else and walk away. Not angry. Not bitter. Actually, feeling a bit sorry for her and extremely sorry for her son.

Since my child started high school, I’ve heard from at least a dozen parents about how their children are staying up until 11 p.m. each night doing homework, after a rigorous practice/rehearsal/you name the extracurricular activity. And they say this so proudly.

When did your child not having any downtime become a badge of honor?

Not in my book, sister.

Over the past month, I’ve heard about the varsity athlete who won a full ride to Prestigious University and shocked his parents by turning it down. Said he never liked the sport, was forced to play it and was done doing it for their sake.

I’ve also heard about the “stellar” student, Ms. Popularity, who developed a little drinking and self-mutilation habit on the side. Too much freedom too young came at a price. Her mother was not popular and gave her daughter many freedoms at a young age so she could be one of the cool kids. Except the pressure to be a cool kid, just like the pressure to be a star athlete, might be a bit much when you’ve only been on this earth for a bit over a decade.

I’ve seen the kid who went to Top Notch elementary, middle and high school only to end up at Top Notch college and fail her courses. She realized when she got to campus and out from under her parents’ thumbs that she had never really had a life. She had scheduled activities and lots of homework. Many curtain calls and student council meetings. But no real life. Of her own choosing. So she chose to party and sleep through classes. Her parents, $60,000 poorer, paid the price. As did she, in a much different way.

I don’t take these cautionary tales lightly. And I try to parent accordingly. Every once in a while, I get it right.

My son and I are very different. Whereas I was a student council maven, he’d rather crawl under a rock than give a speech. I am ok with this. He is not me. Speeches are not mandatory in my home. Some of the most brilliant engineers I know can’t give a speech to save their lives. And that’s ok. If they could, they probably wouldn’t be such talented engineers. The skill sets are very different.

I have not always been so zen about my son and his efforts. Sometimes it’s hard not to go into cuckoo mommy mode. But I’ve gotten wise very fast over the past several years. So when he came home, excitedly telling me he had joined the Anglers Club, I simply smiled. Fishing is one level of hell for me. Not enjoyable. But my soon-to-be-Eagle-Scout loves the outdoor life. Loves roughing it. And fishing is a joy for him. So be it.

I’ve gotten to the point that I can’t wait to see what’s around the next corner. What will he choose next? Where will his road take him?

Don’t get me wrong. I’m not advocating abdicating parental responsibility. I’m just saying that at a certain point, we’d all do well to realize that raising a highly successful CEO who suffers from depression and anxiety is not a laudable act. Raising a happy plumber who supports himself? That is. At its base, good parenting is about—is my child healthy and happy? Most days? Am I teaching him or her to be self-sufficient? Kind? Loving? Wise? To learn from the inevitable mistakes?

If he can do all that and buy a Porsche, hallelujah. Icing on the cake. 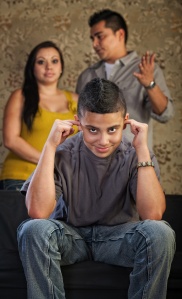 Instead, it feels to me like a mad rush on the part of many parents to have the Olympic athlete, the valedictorian, the standout. There are so few of those. That’s why they stand out. And, quite frankly, if they do stand out—it says everything about their talent and very little about yours. Don’t pat yourself on the back. It’s not your glory in which to bask. It’s your child’s.

I will love my child whether he is the standout or the shrinking violet. I will allow him to be who he is. Not push for who I’d like him to be so the world will judge me as a “good” mother. Good mothers all over the world sit in principal’s offices, getting bad news. And in the stands, applauding a particularly good play. The difference between the two is not always the mothering. It’s the child. And where he sits in life. As well as the journey he came here to take.

Which has very little to do with advanced classes.

I hope that poor woman at the party switches to decaf and finds a hobby.

More for her son’s sake than hers.

You want a trophy? Earn one.